A Love letter to kidum

I have loved Kidum for years. Loved him because, for me, Kidum has always been genderless. Kidum, for me, has been a “thing.” A thing that brought joy. Kidum has always been a tune, a melody, a song of harvest. Of love. He’s a transcendent being. An extremely broad concept encompassing objective and subjective features of reality and existence. And his humanness, whatever that even means, has never been something I looked at in line with my own consciousness.

And there was a time when Kidum was like a raging bonfire that would never die; a musical fed by inflammable and beautifully arranged clefs, notes and rhythm. This was when he played at Psys bar in Langata every Sunday, way back before Psys became a graveyard of music. Sundays were – and still aren’t – the best days to go out, because it just cocked up your Monday. But I would drive through six roundabouts to get to Psys, to see the virtuoso himself, and when I got there I would find other faithfuls who had flocked the venue, a sardine-packed room, a church of Kidum.

He was musical scripture.

I would arrive early, at 7pm to get a seat right at the front even though Kidum would only hold court from about 10pm. You wouldn’t even see him take the stage, because he wasn’t human, remember? One moment you would be pouring your drink, the next he would be seated there, behind the drums. This was the time when drummers were the unknown people in a band.  But Kidum led all drummers to the Promised Land – or Psys, if you will. His Swahili was rubbish, and his English even worse, but who cared? He sang in a language that you couldn’t box. Girls loved him. Women adored him. And us, men, we crumbled at his feet sooner rather than later.

After settling behind his unremarkable looking drums, he would bring his lips to the microphone and start singing his track ‘Kwetu’; “Vile navioona, vile ninavyoishi” which is the best song ever sang, and the whole bar would plunge into a void infested with frenzy! People sang along. Everybody sang along. The musical tide that Kidum would create at Psys was something of a cult. Psys would turn into this place where men, possessed with something so beautiful and unfathomable, got up and sang with their eyes closed, men sang with their hands on their chests and sometimes on their women’s bodies, because Kidum inspired amour. I won’t even get into what Kidum did to the women. I won’t tell you the power Kidum had over the chicks in the room. I mean, if Kidum stopped his music in the middle of it, and walked off the stage and came and touched your woman on the forehead she would probably say, “I will give you a baby Kidum, a chubby little Kibido.”

And when the men were not going gaga over Kidum, they were going gaga over Sheila, his former lead singer. Sheila with her fitting dresses and curvaceous body. Caramel-skinned Sheila with a voice of a teenage bird. Sheila who brought contentment to our hearts with her voice and optical satisfaction to our eyes with her attire. Sheila who when standing in her high heels had her chest pointed at the moon. Men who loved boobs would go back home after looking at Sheila’s chest and sleep with their mouths open that night.

Then some days he would play at Rafikiz next door – before 1824 came along and knocked the wind out of its sail. I was also there on those days. And when he moved to Kengeles in Nairobi West I followed him. I followed him and waited even when he never showed up, when the room filled and someone said he wouldn’t be coming in and they served mshikaki as if that would heal our disappointment. Even when he started playing at Oakley Base in Kilimani – that grungy place with dodgy looking women with mouths constantly shaped into commas – I followed him.

The funny thing is that I never liked him much as a person. I interviewed him twice at the very height of his euphoria and I thought, “What a dingbat.” He was brash and lofty but then I was so intoxicated with his music that he would have had to steal my children for me to wake up from it. His PR machinery – if it was there at all – was terrible but truth be told, he didn’t need a PR machine. He was Kidum. His PR was his voice, his drums and Sheila. Of course I realized that it was my mistake anyway, that you can never really objectively interview someone you adore without losing objectivity. It’s like lending money to a chick you are chasing. That’s not a loan, that’s a donation. Social tithe.  You can’t get too precious about it.

I think I woke up one morning and realized that Kidum had turned me into a goddamn groupie. You should have seen me during those interviews asking him such novice, mundane and embarrassing questions that obviously wasted his time. Questions like, “What inspires you to sing?” or even worse, “What do you do for fun?” Mediocrity galore. And when I sat down to write the interview it was gushy and I wasted countless words talking about his goddamn hat like it was the tablet with the Ten Commandments written on it.

But I still loved him. And I still followed him.

I once saw him perform at some Johnnie Walker function at Tamasha. Must have been in 2010 or 2011, I’m not sure but I  know my mom had not passed then. They set up a large stage outside. I remember that day I was meeting my 1,000th follower, some pretty boy with relationship issues. Up on the stage Kidum sang with Atemi, who had a voice that had an ass on it. I watched Kidum up there, singing so heartlessly beautifully and dancing like a baby hippo and I marveled at how he owned the stage. Kidum walked onto the stage and there was no doubt that the stage was his. No doubt that he was born there and he lost his milk teeth and virginity there, that on the stage he became a man and a god in our hearts.

A month ago I was at Uptown Lounge on Kilimani Road (decent place. Sit upstairs). I was with my cousin, Yuanita, having a tipple and Millie, the manager, told me that Kidum played there every Tuesday. What! I was overjoyed. I hadn’t watched him play in two or three years. I had lost touch with his music. So one Tuesday I went there with some friends. We were told that he would start playing at 8pm. We sat at the bar and waited. At 8pm the band came on and I was surprised to see Sheila since she had left their Boda Boda Band at some point. She looked different. Her voice still sparked and combusted anything it came into contact with, but she looked sort of deflated – almost domesticated. She looked like a candle fighting to stay alight against a harsh wind. Broke my heart.

By 9pm Kidum hadn’t taken stage. At some point I called over one of their singers, Linet, and asked her what had been happening to the band and she said, well, you should talk to the boss himself. So she took me to Kidum who was in a full grey tracksuit and had just landed from Amsterdam which he endearingly referred to as ‘ngambo’. “Nimeingia kutoka ngambo,” he said. (Hehe, who comes up with some swahili words.) I reintroduced myself then made small talk about his music. Apparently he has an album out. He didn’t have copies of the cd with him, though. Smooth.

Anyway, I went back to my seat at the bar and waited. He didn’t start performing until shortly after 10pm – two hours later! Then he performed two of his songs; Imara and Mulika Mwizi, I think. His voice still had the ability to awaken the comatose but then only realized he wasn’t singing when we noticed that the band was playing other renditions that weren’t his. When we checked, indeed, he wasn’t even at his drums. He had wandered to a table outside and was chatting with someone, a glass in hand. That was enough, really. So we paid and left at 10.30pm because we realized he wasn’t taking that gig seriously – and by extension, not appreciating, us, his audience, who were staying up late on a Tuesday just for him.

Here is what will happen, Kidum. One day I will wake up and I will have gotten over you. I will have moved on and gotten someone who actually gives a hoot because loving you is like being in an emotionally abusive relationship. It gets lonely. It always feels like I’m the only one who is interested in this this working. (Hehe). I feel that even though I have invested emotions into this through the years and followed you to wherever you played, even the backwater places, you have refused to invest back. You still play the same songs that we loved – and still love – many years ago. Sometimes you show up, sometimes you don’t. (You bounced me once at Uptown). And it’s tragic that even when you show up I realize that you haven’t really even showed up. It always feels like being on a date with someone who is constantly on their phone.

A day is coming Kidum that you will sing your voice hoarse and I will not be moved. You will sing “mapenzi ya fujo hayafai” but you might as well be singing an Arabic hit because I will have said “enough”, you will sing “Imara” but I will have moved on to someone who actually shows up and keeps both of his hands on deck. Then you will miss me. Oh you will. You will wish for those good old days at Psys, Langata when we all rocked up for you and we all stood up and closed our eyes in your honour as you torched our hearts with your irrepressible and wonderful talent. So keep keeping us waiting and keep playing us two songs as if they are alms.

But for now, right at this moment I’m still batting for you, albeit with stiff muscles. I will still get onto a leaking boat and cross a hippo-infested river to watch you perform “Kwetu.” Hell, I will even stand watching you dance.

But very soon I will ask you: where is this relationship going, Kibido? 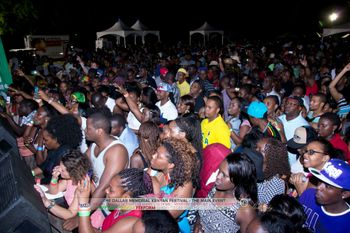 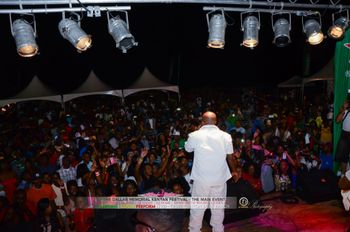 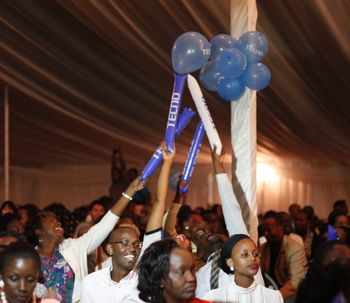 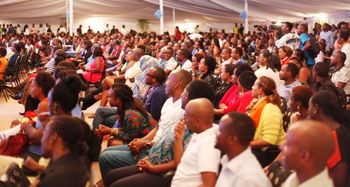 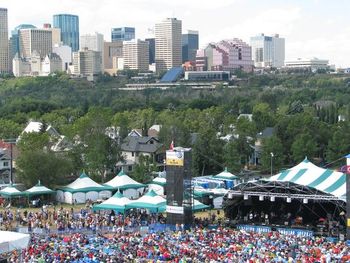 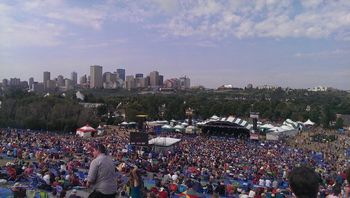 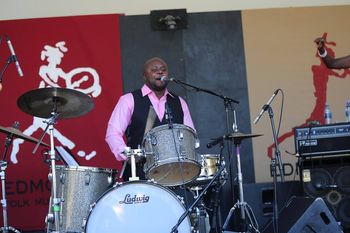